JOHHNY DONOVAN: He's worked as a Fortune 500 technology executive and was CEO of the first internet radio network. He's a digital political strategist, helping the right side use new technology more effectively. He's a public speaker and he hosts a radio show of his own on Seattle's KTTH. Ladies and gentlemen, please welcome Todd Herman.

HERMAN: It is an honor to be here to celebrate our friend Rush Limbaugh and today is the day the Lord has made, and this is the week that God called due a loan, a talent he placed into a man named Rush Hudson Limbaugh III. And Rush has left this stage, but he has not left us. And you're gonna have an opportunity to hear a whole lot of Rush today, and in fact EIB is not going anywhere. Not for a long time. There's still gonna be lots of opportunities to hear what Rush said to us -- how could there not be, given the archive, given the Museum of Broadcasting Excellence. And Rush was so many things to us. I'm just a fellow listener like you. 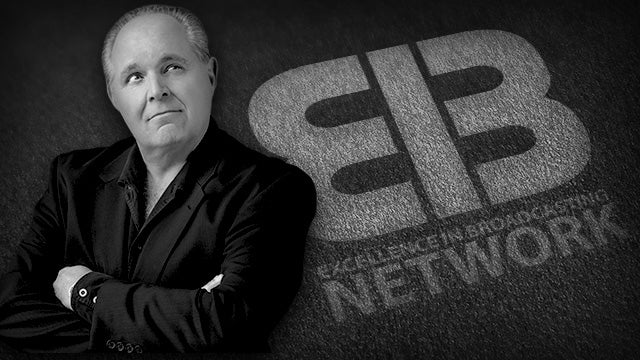 And, frankly, if I hadn't paid attention to Rush's instructions and life advice -- and you're gonna hear a lot of that today. Maybe not so much politics. In fact, not. A lot of life advice from a man who was just that overnight success, right? And it wasn't. He worked so hard to build this program that means so much to us. He was the all-knowing, all seeing, all-caring Maha Rushie, and he was America's Anchorman and Truth Detector, and he was also a brother and an uncle and a son and a grandson.

And he was a teacher. He taught us a lot of lessons. And he was a recipient of a lot of great lessons from his family. I think of his beloved family and how Rush would share the wisdom and the love that they communicated to him. He inspired us. He challenged us. He said things like: Most of the limitations that we put on ourselves are artificial, they're self-invented from thin air.

And when Rush shared with us that his cancer was terminal, you know what he said? He said that he'd already exceeded his expiration date. Even then he was having fun with us, and even then he was playing with language. And Rush also decided on this program that he'd so carefully crafted over the years with a team who's been up all night. I want you to know that Team EIB has been up all night going through and choosing some of the audio you're gonna hear today, and there's still audio pouring in. You can imagine the number of people who have things to tell us about our Rush. And as he shared that news with us, the terminal nature of his cancer, I had the incredible honor to fill in for him the day before Christmas Eve. And it was a remarkable thing to hear from you. I don't know that I really believed it. I don't know that you did.

The shows that Rush did, sick and ill with advanced lung cancer, if you've not done the sort of performance, this sort of radio, it is a tax on the nervous system, it is a tax on the energy systems, and the excellence -- I challenge people to listen back-to-back to a healthy Rush and a Rush who is ill and tell the difference. That took such incredible courage, and it took amazing strength. And so much of Rush's life took strength. And he gave it to us. He chose to do something that for years I think he'd avoided on the program, he chose to share his faith in God and his faith in Christ, and he chose to communicate that to us, because I think he wanted us to know, I think he wanted us to know, and he put it in The Limbaugh Letter, God was walking with him. I think he needed us to know that.

His wife, just a portrait in bravery yesterday. I hope you heard that. When Mark and Ken and I and Brett and others fill in for Rush, I think I probably speak for everybody to let you know that we know we're standing in shoes that can't be filled. And yet EIB will continue for the foreseeable future because there's so much to share about Rush, in listening to the program all these years and listening to Rush interact with callers. Did you ever have the sense that Rush ever considered himself above us?

I don't think I've ever mentioned this on this show before, but I was a caller to Rush's show twice, and both times I felt well respected, even though the first time I tried to get on, Bo wouldn't let me on. He was probably right not to. I never heard him treat a caller with anything less than respect. When the program began and it was going to go national and people believed in Rush at that level, if he'd listened to 5% of the people who told him it can't be done, he wouldn't be here. And he refused to listen to these voices. And this is one of the greatest lessons that I think Rush ever taught all of us, and he said -- and I will approximate what he said, 'cause I remember listening to it.

Never listen to people who couldn't tell you you can't. Never listen to people who say that you, because you chose to seek education in a different path, that you can't then go do specific things in life because you didn't go the approved-of route through education. Rush's father lived to see part of the fruition of this. And Rush had shared with us that he felt he had disappointed his father by not going into the family trade of law and professions. 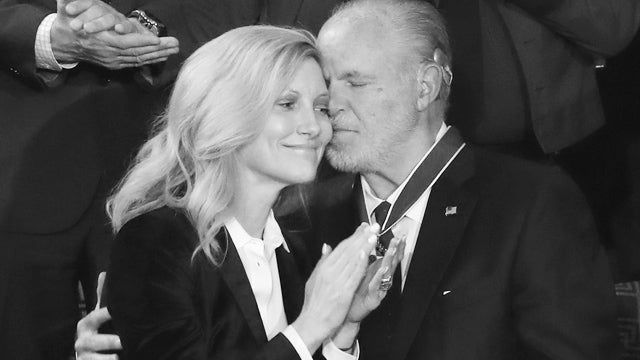 He took it upon his shoulders in the latter part of his career to give back to young people something that's been stolen from them -- that is, the real nature of American exceptionalism that Rush lived. He took advantage of the right to life -- and took advantage of this unabashedly -- and liberty. Rush had the liberty to not follow in the family profession, and thank God that his father had the opportunity to see the fruition of that.

And pursuit of happiness. He knew early last year as he shared with us that he had this cancer... And, again, I'll challenge you. Go find a moment in the last year where Rush wasn't sharing with us pursuit of happiness. There were or were not plenty of time that Rush was frustrated. Sometimes he was frustrated with us and the pushback that he wasn't seeing on some things.

And we won't get political today. Today is about Rush the teacher, Rush the man who communicated love and challenges to us, and Rush the man who loved music so much. And I challenge you: Even when there were the very heavy days after the election and we were all feeling anger and frustration, how many times did you hear Rush come back from a commercial break and he was having fun?

I remember the story that he told of hearing someone on the radio and saying, "They're having fun, and I don't want to be trapped in school and sitting behind a desk. I want to have fun! I want to do radio because it sounds fun." He had this device -- he shared this story with us -- that allowed him to do radio shows in his home, and his mother was downstairs listening.

And if there's someone in talk radio that shows you that Rush didn't pave the way, they're lying. They're just lying, or they're bitter (and lying). That was a different-maker, I think, was the optimism. (chuckling) You don't live a year past what someone in the medical profession said, "This is your expiration date." (laughing)