HERMAN: Here's some giants -- some giants in their own right -- who want to share their thoughts about the greatest radio host in history, Rush Hudson Limbaugh III.

LARRY ELDER: He was the GOAT. The Greatest Of All Time. No question.

NEAL BOORTZ: He did for radio what Arnold Palmer did for golf.

SEAN HANNITY: I'd even take it a step further: He was Babe Ruth, Lou Gehrig, Hank Aaron, Derek Jeter, and everyone in between. 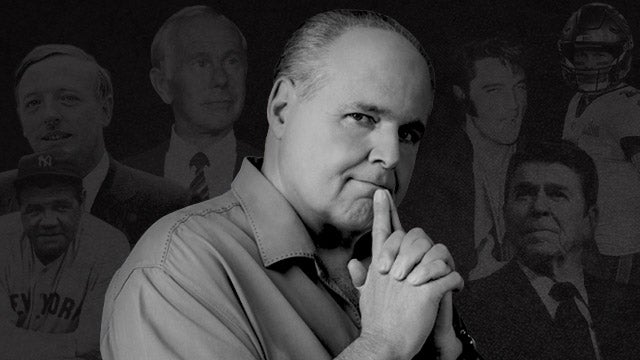 MARK LEVIN: He's in the category of a Reagan, of a Bill Buckley, of a Milton Friedman.

LAURA INGRAHAM: There was Reagan, there was Rush; there was Scalia, Justice Thomas, Buckley.

RAYMOND ARROYO: He was our Will Rogers.

DONALD TRUMP: He is a legend. There aren't too many legends around. But he is a legend and he was the king.

HERMAN: Yeah. And today, we talk about Rush Limbaugh the man.